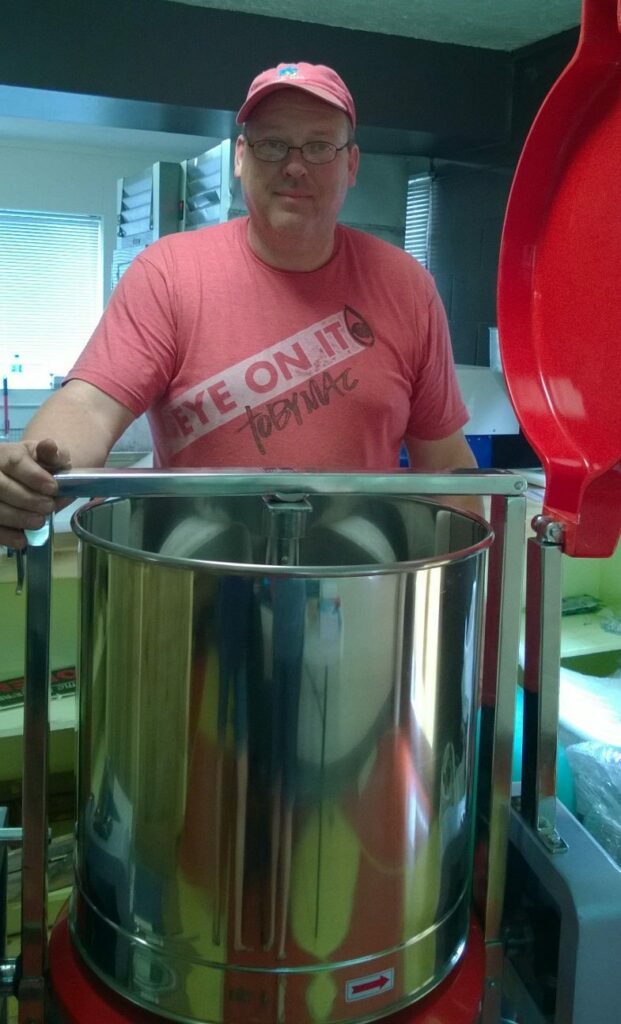 If Rick Boosey’s story could be boiled down to a single takeaway, it might resemble J.R.R. Tolkien’s famous admonition: “It’s a dangerous business, going out of your door… There is no telling where you might be swept off to.” Stepping outside your comfort zone, stepping off the beaten path to look into the eyes of those in need – it can lead you to places you wouldn’t expect.

In Boosey’s case, it led him to chocolate.

The story begins in Little Rock, where Boosey was born. He wasn’t to remain there long. His family was on the move for much of his childhood, until at last, as a high school student, Boosey settled into a boarding school in Virginia. The plan was to graduate high school and attend the Massachusetts Institute of Technology (MIT). In the meantime, Boosey got into wrestling. It was at the national championships for his chosen sport that the young man received terrifying news: his mother was sick, and the prognosis was not good. His mother would survive her illness, but Boosey made an important decision: he chose to attend the Worcester Polytechnic Institute. This school was a short drive from his parents’ home should they need him. But it wasn’t MIT.

Looking back, Boosey feels that it was a providential choice. The Worcester Polytechnic Institute turned out to be a great fit. He graduated with a degree in electrical engineering and plenty of real-world experience. 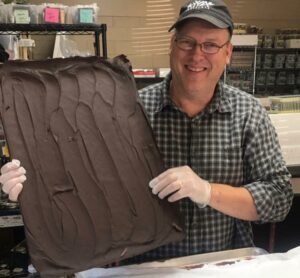 After that, there were jobs, one of them for Microsoft. But during these years of professional success, something amazing happened. First, Boosey married Cindy in 1991. Then, the couple adopted four little girls.

Those adoptions were another beginning. After almost ten years, the Microsoft job came to an end, and the Booseys had arrived at a crossroads. They knew now that they wanted to make a difference in the lives of orphans around the world. And they both possessed an entrepreneurial bent. After a great deal of thought and research, they opened a salad bar called World Garden. One seventh of the profits would help support three different orphanages. This endeavor lasted three years.

Then the recession hit, and in 2010, World Garden became one of its casualties. The Booseys were once more at a crossroads, this time with the threat of bankruptcy hanging over their heads. It was a scary time. Yet their goals remained the same. They still wanted to make a difference in the lives of those in need, and they still saw an opportunity to do it through business.

It was on a mission trip to Uganda in 2012 that Boosey really comprehended the extent of that need. On the thirty hour flight back to the United States, he began to brainstorm ways to contribute to these Third World communities. After what he had seen, sending a check every month no longer seemed sufficient. He wanted to find a way to use the natural resources of Third World countries to lift families there out of the mire of poverty and hopelessness.

As he researched the natural resources of Uganda, one item on the list stood out to him: cacao. More research yielded some interesting information: The majority of the world’s chocolate comes from just three places: Ghana, Ivory Coast, and Indonesia. Furthermore, most of the profits associated with the export of this resource were eaten up by middlemen. The farmers themselves rarely made fair trade. 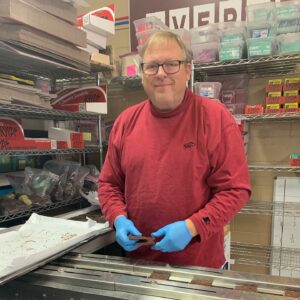 Now it all began to come together. Boosey would source his cacao from parts of the world that most chocolate companies overlook. He would cut out the middlemen and make sure that cacao farmers made better than fair trade when they did business with him. And he would take extreme care in making his small-batch, single-origin chocolate, all the while telling the stories of the ordinary men and women who made it possible.

That is how Kyya Chocolate was born. After several months of experimenting, the Booseys had figured out the process and the recipes. They sold their first good batches to a local coffee shop, and the business took off from there.

The extent of the effect Boosey’s chocolate business has had in the lives of cacao farmers, their families, and their communities can only be guessed at, but it is very real. One thing is certain, and that is where it all began: It began with Peyton, Madison, Cassie, and Abby, four little girls who needed a family – and a couple named Rick and Cindy who needed them, too. It began with love for those most in need of it. The places that this kind of love will take you are never the ones you expect.